A screen print edition titled Cape Town Harbour_15h36_11.03.2017 that I created with Black River Studios for their 50ty/50ty project launches this month. Please share and collect…

Facilitated by Wim Legrand at Black River studios, I rear projected a 30 second mobile phone video taken from a jetty in the Cape Town harbour onto drafting film. I drew four layers attempting to capture the moving image. It was a real treat to work with such a professional team as Wim Legrand and Jeanne Hoffman who then helped to develop a four colour screen print which they printed for the 50ty/50ty project.

A short video link to the process here 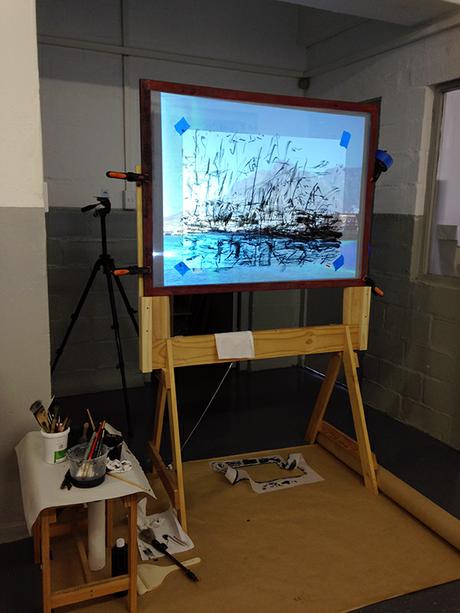 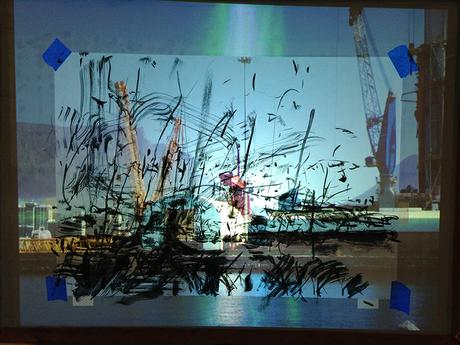 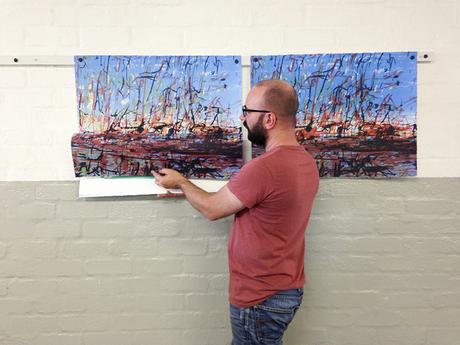 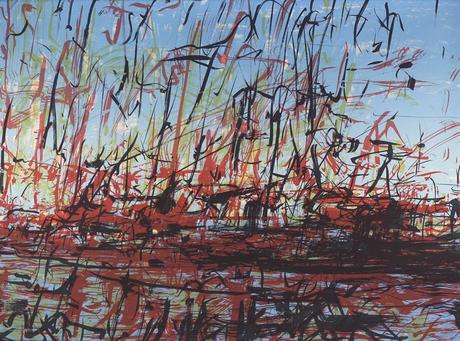