In data capture_LOST I approach the moving image as an object of ethnographic study and contemplation. Through the medium of watercolour (traditionally associated with leisurely pursuit of contemplating the landscape or as ethnographic study) there is an attempt to orientate and begin to navigate the television as a contemporary landscape into which we escape for recreation. In making an active pursuit of an otherwise passive occupation, I hope to open up the space for a meditation on the perpetuation of representations in a television series of the exotic and its shifting nature informed by a pseudo spiritual reference that plays into environmental fears of a shifting planet. For this exhibition all six seasons of the ABC television series LOST, were watched and a watercolour created during each of the one hundred and twenty episodes, each with a forty-minute runtime. The last Season’s episodes were completed as performances in the gallery. In the watercolours I am not interested in trying to create a recognisable picture from watching the television as much as exploring, through the process of the analogue, the threshold of the visible and invisible in perception. If the brain and senses are occupied in recording what I see at every changing moment, what other senses are at work that express through the mark and colour accumulated over an intense meditation on time-based media? So in the LOST watercolour process I attempt to make a mark to capture something only if it is visible on the screen. I start the watercolour as the episode begins and put down my brush as it ends. Through this process the watercolours as colour fields of mark, although chaotic, retain the trace of structure and narrative while taking on movement and changing depth as you view them over time.

In contrast to data capture_LOST, which was performed in the same gallery space, the accompanying drawing action in data capture_FOUND explores the internal journey towards understanding the self through exploring one’s shadow. This time using archival film footage of a mental patient observed performing repetitive and compulsive hand movements, I draw in front of and through the projection blindfolded. I delve inwards, challenging the margins of what defines the seen and unseen and the seemingly futile yet vital necessity of the ongoing psychological journey to image the self as reflected in others.

View a video by Pierre Lombard 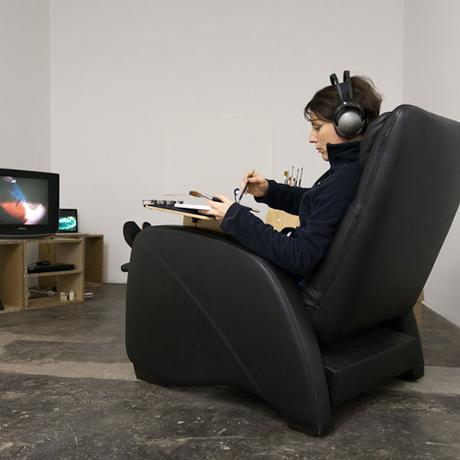 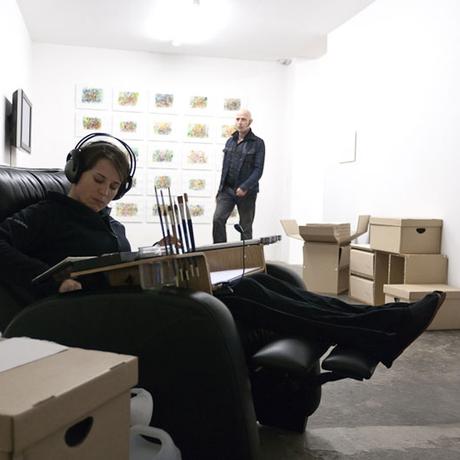 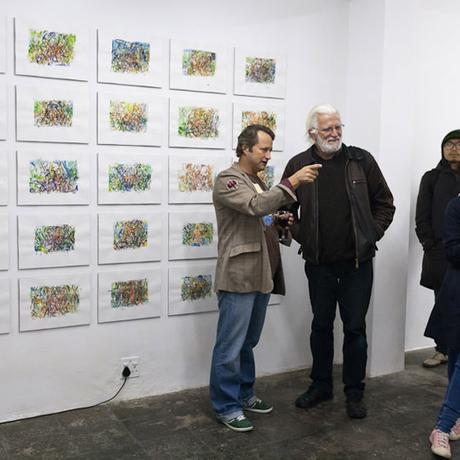 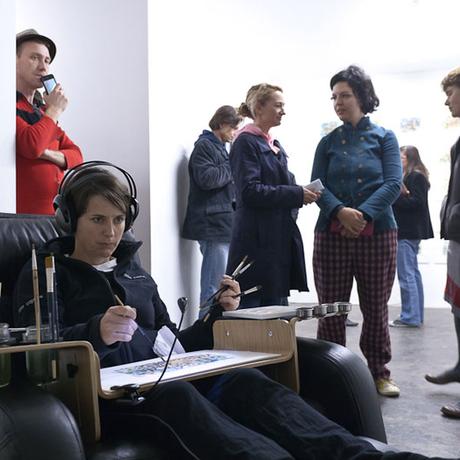 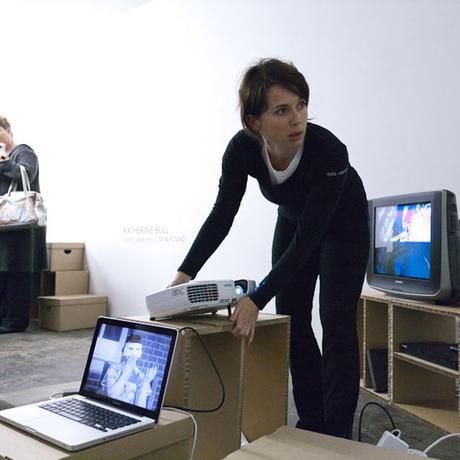 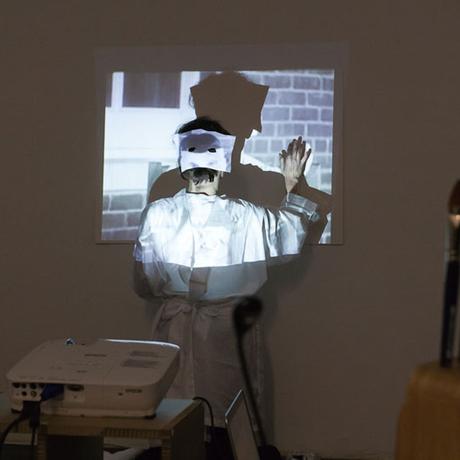 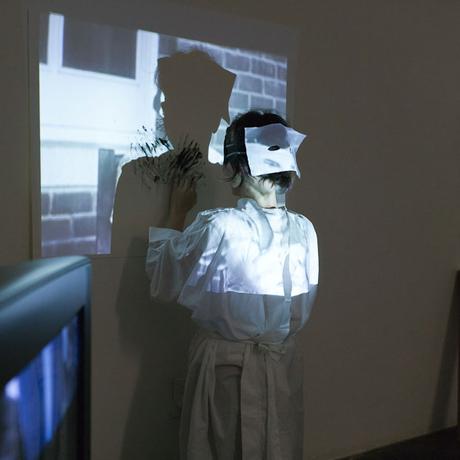 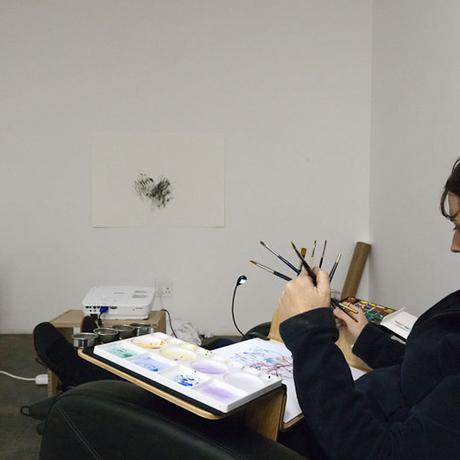 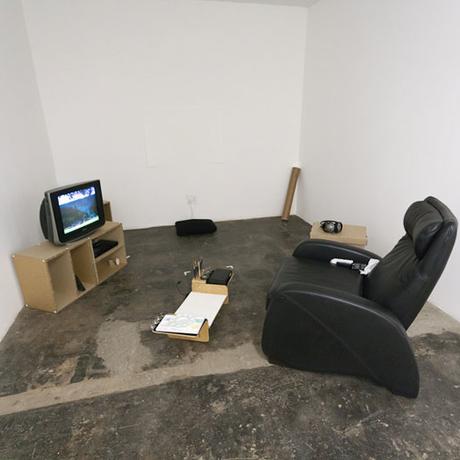 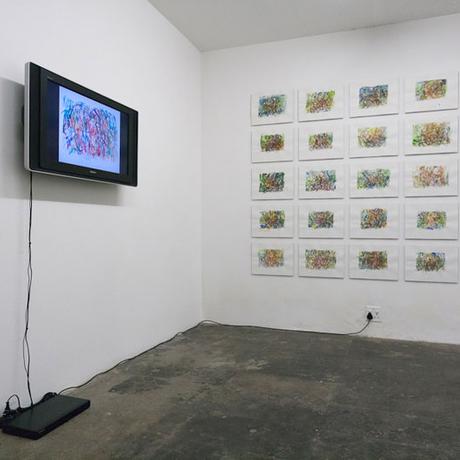 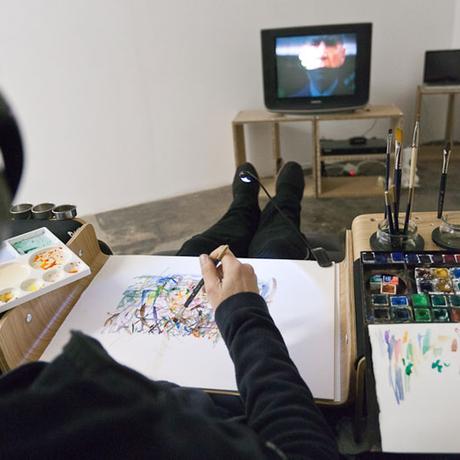 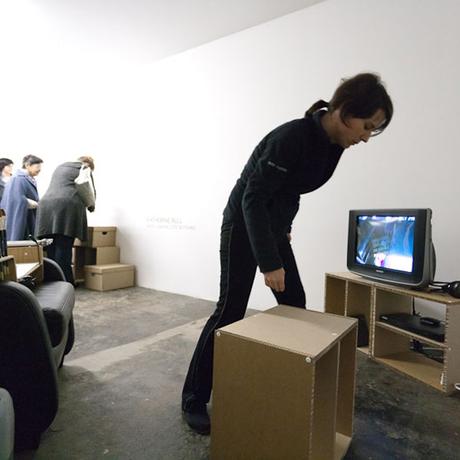 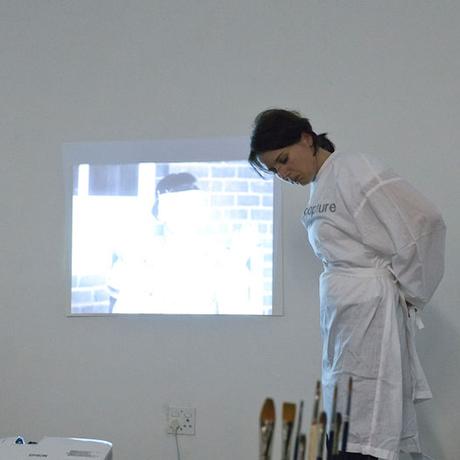 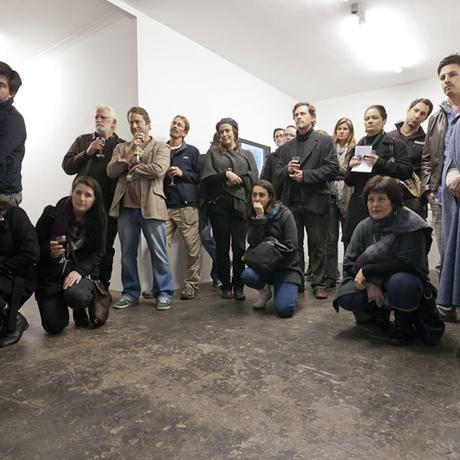 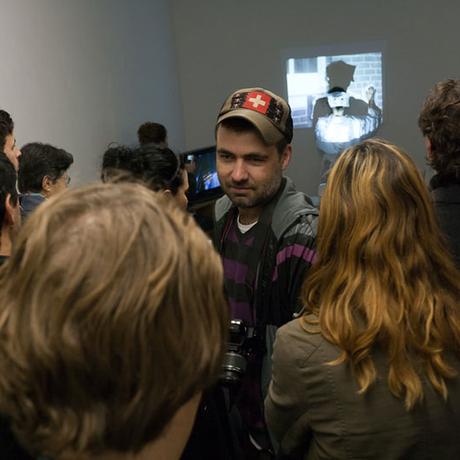