data CAPTIVE AUDIENCE_Bologna was performed at a small theatre in Bologna called Atelier Si as part of their program launch for the season titled spaziotempo (spacetime). I decided to work with my data CAPTIVE AUDIENCE project, first performed in 2012 (as part of Believe You Me by Christian Nerf, Live Arts Festival, Cape Town City Hall). For this project I focus the attention on the viewer by drawing the audience members as they watch another performance, while the digital drawing process is projected live in the exhibition space. A feedback loop is created so that the audience member becomes aware of being watched while watching. The project focuses attention on perception, connection and translation from a physical to digital experience of witnessing. The spaziotempo program consisted of a short theatre piece by theatre collective Dewey Dell which was performed a number of times during the evening in the main theatre, an installation by artist Cosmesi in the basement and then DJ Alivelab playing upstairs in the cafeteria space. I set up two actions in a small space called Il Nulla (The Nothing) adjacent to the main theatre. In the first action I was attempting to capture the audience members as they gathered, waited and walked through to the theatre performance. I worked in Sketches, an application for iPad and my drawing were being projected live onto a wall in the upstairs cafeteria space.

As the space would clear of visitors, I moved to the second action, which involved me painting on a large stretch of paper from a live digital projection of what was happening in the upstairs cafeteria space. Again I was attempting to capture the moving inhabitants of the space as they were drinking and chatting. As more people entered the space I would move back to the digital drawing. And then back to the painting and so on. Each time I painted I moved the projector along the stretch of paper, starting with a clean surface to capture the viewers upstairs. And each time the projection through which I was working became obscured as the painting marks accumulated on the surface. As the visitors started to understand the loop I was creating by connecting the upstairs and downstairs spaces, some of them purposefully started to pose in my line of site or in front of the webcam upstairs. I enjoyed my performance being one of a number of activities as it gave me the opportunity to focus on the movement of the audience as they waited for or experienced the other events. Therefore, in the Nulle space I was ‘nowhere’ and difficult to place for the viewer until the viewer had experienced all the parts of the whole event and then started to see and experience the connection and loop between spaces and modes of recording (analogue and digital). 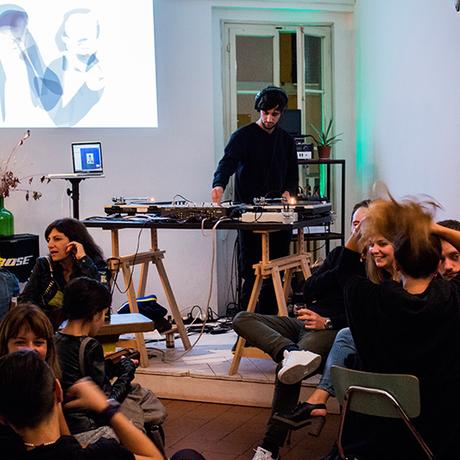 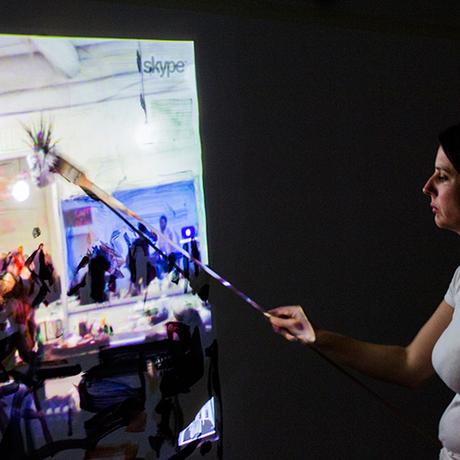 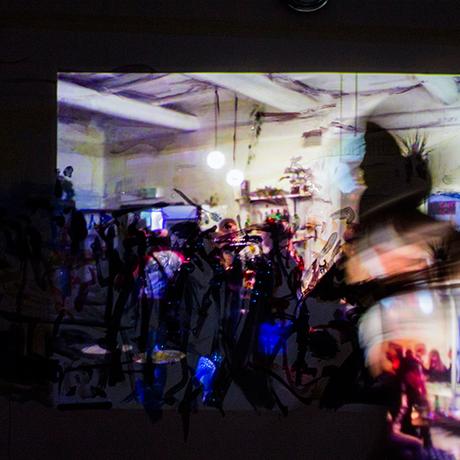 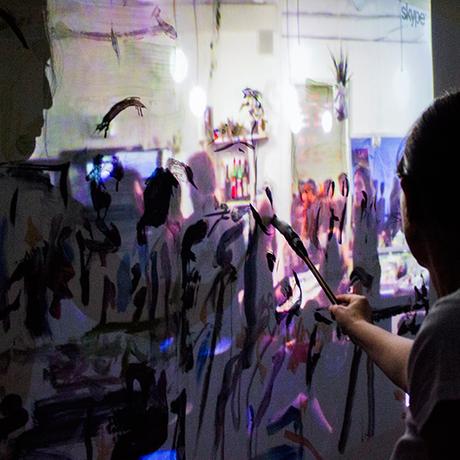 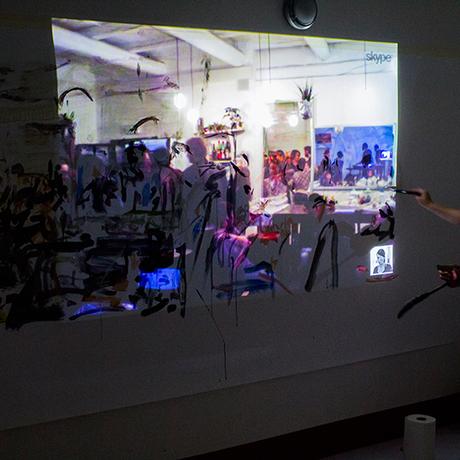 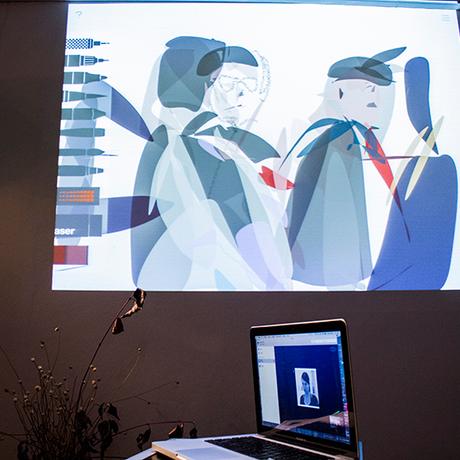 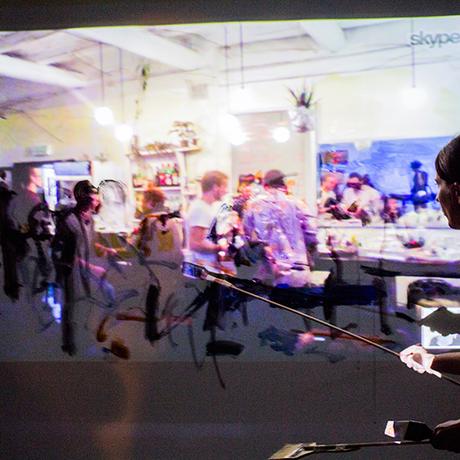 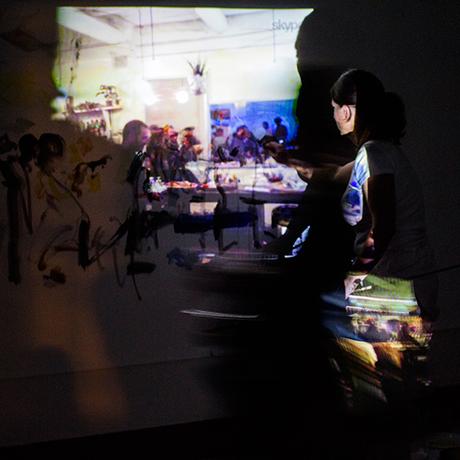 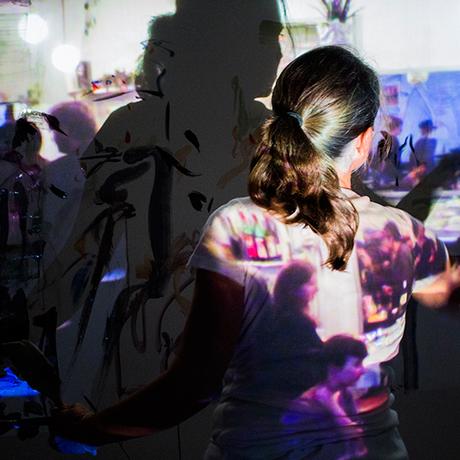 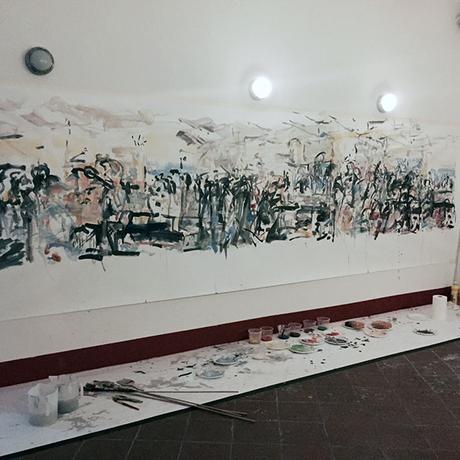